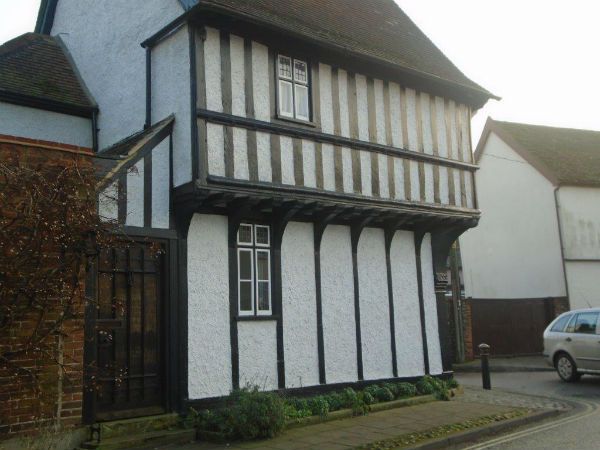 Anyone buying a historic or even a new timber framed building should be aware of what and where the sole plate is as well as why it is important. This critical part of the the house structure can suffer over time and lead to some very expensive issues with historic buildings.

The sole plate is essentially the first part of any timber framed building to be installed. All of the other structural timbers and stud work are then build on top of the sole plate. As such it is obvious right away that this is a very important part of the building. It forms the basis for the whole structure and if it is compromised in any way so is the building itself.

The most common issue with a sole plate is rot. As it is timber it is susceptible to moisture and rot just like any other part of the building. The main causes of rot are often where the building has been altered and modernised without proper care given to this old and important part of the structure. In many cases concrete and other materials are used around the base of a building either to sure up the structure or as part of an extension. This has the effect of sealing in the sole plate and allowing moisture to build up. In many cases the moisture that would normally evaporate is kept in contact with the wood or forced down into the plate and the rot begins.

Some of the other causes of sole plate rot include:

The serious problems begin when the sole plate has in fact rotted so badly that it can no longer take a load bearing role. What is left is a house relying on wall material like lime or other rendering materials to actually take the load bearing role. This is a very dangerous situation and one that is all to common. Of course, this is an extreme example. More often the situation involves only a partly rotted sole plate or certain areas where it is suffering. But the result is essentially the same just on a more localised level; parts of the structure are taking loads they were not designed to.

There are a number of companies that are able to repair and replace sole plates but it is not something to be taken on lightly and there is obviously a cost involved. This cost is something any potential buyer should know about before purchasing a historic building.

It is absolutely critical that anyone buying or looking to buy a listed timber frames historic building should get a full building survey by a specialist. There are a huge number of factors an expert surveyor would look at and the condition of the sole plate is certainly up there with the most important. We are experts in listed buildings and specifically timber framed buildings and as such offer a highly detailed surveying service to make sure any purchase of properties with sole plates are informed ones.

Get in touch today to discuss a purchase or building.

Hi Nina, Thank you for the very comprehensive and clear report. I have not had time to fully digest the contents, but I will read it over the next few days. Again thank you for your very prompt and efficient service. Should I have any questions I hope it will be ok to give you a call. Kindest regards

5 out of 5 stars. I thoroughly recommend Chiltern Associates and their services – our surveyor (Nina Robinson) was professional, fast, thorough, and communicative. She also provided additional observations and advice beyond the usual. And all this for a reasonable price. Andrew May 2018

Thanks, Nina much appreciated and very helpful” – Chiltern Associates went beyond the average homebuyer report by matching the facilities to the special needs of the client’s mother who has mobility challenges. We also looked at the lease to interpret any challenges.

Hi Nina, Many thanks for your work on this and your very clear and comprehensive report. Kind regards Brendan

Thank you for being so thorough in your survey. I shant hesitate to contact you again if and when the time arises. Tom

Anyway, thank you again for the very helpful discussion. It was invaluable.

Thank you for your professionalism and the detailed full report on 30 Needham road, with photos and receipt. I was very happy with the service you provided and I will be recommending Chilterns Associates. Kind regards Scott Marven